There’s something about the cold weather that really makes us want to snuggle with a good creepy read, right? In this episode, we talk about some of our favorite reads that go well with this time of the year.

Listen to the Episode Here!

Krampus: The Yule Lord by Brom

Synopsis: A twisted fairytale about a failed songwriter named Jesse who watches Santa crash out of the sky when his sleigh is attacked by a horde of demons. Jesse ends up getting possession of Santa’s magical sack which he starts using for his own selfish purposes when he gets pulled into an epic fight between Santa Claus and the ancient creature known as Krampus 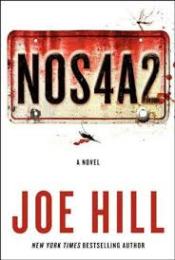 Synopsis: “Victoria McQueen has a secret gift for finding things: her Raleigh Tuff Burner bike, she makes her way to a rickety covered bridge that, within moments, takes her wherever she needs to go, whether it’s across Massachusetts or across the country. Charles Talent Manx has a way with children. He likes to take them for rides in his 1938 Rolls-Royce Wraith with the NOS4A2 vanity plate. With his old car, he can slip right out of the everyday world, and onto the hidden roads that transport them to an astonishing – and terrifying – playground of amusements he calls “Christmasland.” Then, one day, Vic goes looking for trouble—and finds Manx. That was a lifetime ago. Now Vic, the only kid to ever escape Manx’s unmitigated evil, is all grown up and desperate to forget. But Charlie Manx never stopped thinking about Victoria McQueen. He’s on the road again and he’s picked up a new passenger: Vic’s own son.”

A Christmas Carol by Charles Dickens

Synopsis: Story of a miserly old man, named Ebenezer Scrooge. On Christmas Eve, he is visited by the ghost of Christmases past, present and future. While not classic horror, this is an iconic story that was fairly creepy for its time. Rachel recommended listening to the audiobook narrated by Tim Curry.

The Shining by Stephen King 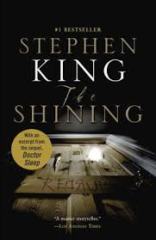 Synopsis: Jack Torrance’s new job at the Overlook Hotel is the perfect chance for a fresh start. As the off-season caretaker at the atmospheric old hotel, he’ll have plenty of time to spend reconnecting with his family and working on his writing. But as the harsh winter weather sets in, the idyllic location feels ever more remote…and more sinister. And the only one to notice the strange and terrible forces gathering around the Overlook is Danny Torrance, a uniquely gifted five-year-old

The Winter People by Jennifer McMahon

Synopsis: two different timelines – both taking place in an isolated farmhouse in Vermont. In the present day, two sisters are stuck in their house during a snowstorm and are looking for their mother who has mysteriously disappeared. The other timeline is set back in the early 1900s, following a couple who were finally able to have a daughter after years of trying unsuccessfully to start a family. As a result, the mother is incredibly anxious that something terrible will happen. And then when her daughter disappears.

Let the Right One In by John Ajvde Lindqvist

Synopsis: It is autumn 1981 when the inconceivable comes to Blackeberg, a suburb in Sweden. The body of a teenage boy is found, emptied of blood, the murder rumored to be part of a ritual killing. Twelve-year-old Oskar is personally hoping that revenge has come at long last—revenge for the bullying he endures at school, day after day. But the murder is not the most important thing on his mind. A new girl has moved in next door—a girl who has never seen a Rubik’s Cube before, but who can solve it at once. There is something wrong with her, though, something odd. And she only comes out at night…

Synopsis: a devastating illness called, Herod’s Syndrome, suddenly kills all young children in the world. Soon after, the children begin to reanimate with a thirst for blood.  What transpire is an apocalyptic story about the lengths that the parents go to incredibly lengths keep their children alive. Added to this list because the epidemic breaks out around Christmastime, and there’s a bit of holiday imagery.

Things We’re Loving At the Moment:

Books in the Freezer Podcast: