In this episode we talk about books that are coming out in 2018 that we are excited to read! Not all of these have available artwork.

Carol Evers is a woman with a dark secret. She has died many times… but her many deaths are not final. They are comas, a waking slumber indistinguishable from death, each lasting days. Only two people know of Carol;s eerie condition. One is her husband, Dwight who married Carol for her fortune, and -when she lapses into a coma- plots to seize it by proclaiming her dead and quickly burying her… alive. The other is her lost love, the infamous outlaw James Moxie. When word of Carol’s dreadful fate reaches him, Moxie rides the Trail again to save his beloved from an early unnatural grave. So her husband buries her alive, and I’m guessing she keeps coming back to life. There’s a race against time where her true love is coming to save her. A dark take on the Sleeping Beauty story.

Slenderman by Will Hill

One man’s search for the truth about one of the most intriguing urban legends ever—the modern bogeyman, Slender Man—leads him down a dark, dangerous path in this creepy supernatural fantasy reminiscent of Night Film, House of Leaves, and Illuminae, that will make you question where the line between legend and fact begins

A young man is desperate to find his missing sister . . . desperate enough to resort to the darkest means. But just how much is he willing to pay the Slender Man in order to save her?

Told through a variety of narrative devices, including photos, journal entries, e-mails, articles, and other artifacts, this unique spine-tingling story is a brilliant and terrifying look at one of the most fascinating—and diabolical—mythical figures in modern times.

The Hunger by Alma Katsu

The Hunger is a reimagining of the infamous event of the Donner Party with a supernatural twist.

Evil is invisible, and it is everywhere.

Whether it was a curse from the beautiful Tamsen, the choice to follow a disastrous experimental route West, or just plain bad luck–the 90 men, women, and children of the Donner Party are at the brink of one of the deadliest and most disastrous western adventures in American history.

While the ill-fated group struggles to survive in the treacherous mountain conditions–searing heat that turns the sand into bubbling stew; snows that freeze the oxen where they stand–evil begins to grow around them, and within them. As members of the party begin to disappear, they must ask themselves “What if there is something waiting in the mountains? Something disturbing and diseased…and very hungry?”

Effortlessly combining the supernatural and the historical, The Hunger is an eerie, thrilling look at the volatility of human nature, pushed to its breaking point.

The Outsider by Stephen King

An eleven-year-old boy is found in a town park, hideously assaulted and murdered. The fingerprints are unmistakably those of the town’s most popular baseball coach, Terry Maitland, a man of impeccable reputation, with a wife and two daughters. Detective Ralph Anderson, whose son Maitland coached, orders an immediate and public arrest. Maitland is taken to jail, his claim to innocence scorned. Maitland has a foolproof alibi, with footage to prove that he was in another city when the crime was committed. But that doesn’t save him either.

King constructs a propulsive plot, and a race against time to uncover the identity of a terrifying and diabolical killer who has left victims—and “perpetrators”—across the country, and who is on his way to his next horrific act.

King’s psychological suspense is at its most riveting in this extraordinarily dramatic and eerie story. He is devastatingly vivid on the experience of being falsely blamed—the effect on the accused, the spouse, the children; the suspicion of friends, even the most loyal; the impossibility of ever being innocent again (if you are lucky to enough to live). He is also masterful at showing us that supernatural monsters are startlingly like human beings who do monstrous things.

The Cabin at the End of the World by Paul Tremblay 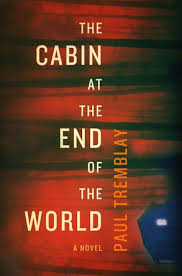 The Bram Stoker Award-winning author of A Head Full of Ghosts adds an inventive twist to the home invasion horror story in a heart-palpitating novel of psychological suspense that recalls Stephen King’s Misery, Ruth Ware’s In a Dark, Dark Wood, and Jack Ketchum’s cult hit The Girl Next Door

Seven-year-old Wen and her parents, Eric and Andrew, are vacationing at a remote cabin on a quiet New Hampshire lake. Their closest neighbors are more than two miles in either direction along a rutted dirt road.

One afternoon, as Wen catches grasshoppers in the front yard, a stranger unexpectedly appears in the driveway. Leonard is the largest man Wen has ever seen but he is young, friendly, and he wins her over almost instantly. Leonard and Wen talk and play until Leonard abruptly apologizes and tells Wen, None of what’s going to happen is your fault. Three more strangers then arrive at the cabin carrying unidentifiable, menacing objects. As Wen sprints inside to warn her parents, Leonard calls out: Your dads won’t want to let us in, Wen. But they have to. We need your help to save the world.

Thus begins an unbearably tense, gripping tale of paranoia, sacrifice, apocalypse, and survival that escalates to a shattering conclusion, one in which the fate of a loving family and quite possibly all of humanity are entwined. The Cabin at the End of the World is a masterpiece of terror and suspense from the fantastically fertile imagination of Paul Tremblay. 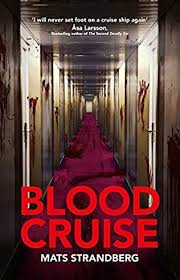 On the Baltic Sea, no one can hear you scream.

Tonight, twelve hundred expectant passengers have joined the booze-cruise between Sweden and Finland. The creaking old ship travels this same route, back and forth, every day of the year.

But this trip is going to be different.

In the middle of the night the ferry is suddenly cut off from the outside world. There is nowhere to escape. There is no way to contact the mainland. And no one knows who they can trust.

Welcome aboard the Baltic Charisma.

Shape of Water, Summer of ’84, A Quiet Place

In the Dark Podcast