They say that having children can be one of the greatest joys in life, but what if that bundle of joy turns out to be a bundle of terror? This week we are talking about kids that are definitely not as innocent as they seem!

“I would have liked to come into the grocery some morning and see them all… lying there crying with the pain of dying. I would help myself to groceries, I thought, stepping over their bodies, taking whatever I fancied from the shelves…  I was never sorry when I had thoughts like this; I only wished they would come true.”

Shirley Jackson, We Have Always Lived in the Castle

Listen to the Podcast Here

Recommended by Rachel, this follows the story of a woman who moves up to the Yukon to work for a family-run funeral home, but things take a turn for the weird when the mutilated body of a young boy shows up somehow still alive. There are definitely some family secrets that bring the reader in.

The Bad Seed by William March 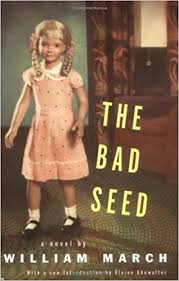 A recommendation from Stephanie. This book is important to the discussion of creepy children in horror literature and especially the nature vs. nurture conversation. Rhoda’s steely resolve and complete lack of remorse for her actions are still as unsettling today as they were back in the 1950’s.

This Rachel pick follows a man named Phil who comes across a boy throwing a tantrum in a grocery store. The boy then somehow inserts himself into his life, and all his family and friends seem to believe the boy has always been a part of his life. You may never look at sour candy the same way again.

Your House is on Fire, Your Children are All Gone by Stefan Kiesbye

Stephanie talked about this dark fairy tale-esque story about adult friends reminiscing about their strange childhood in the German town of Hemmersmoor. They all remember the part they may have played in some horrific goings-on years ago.

The Bloody Best of Lenore by Roman Dirge

Rachel recommended this graphic novel series about a strange little girl named Lenore who finds herself in some interesting situations. Reader warnings for some dark humor and body horror moments. 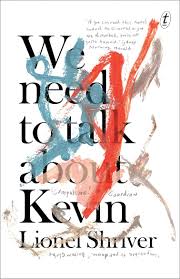 We Need to Talk About Kevin by Lionel Shriver

Stephanie was hesitant to pick up this book because she was worried that the content would be too much for someone who has children to handle. Shriver handles the dark content well and in a way that’s palatable for parents to handle, but still able to showcase the horridness of Kevin’s actions.

Suffer the Children by Craig DiLouie

Rachel has recommended this book before, but this tale of children affected by a pandemic known as Herod’s Syndrome had it’s place in this discussion of creepy children!

WHERE TO FIND US

Consider Supporting the Podcast on Patreon

Join us next time for Books in the Freezer